Munni Keshariyar, 39 years, lives in Palandu village near Ranchi in Jharkhand, India. Munni belongs to the Mahli Tribe (tribal bamboo craftsman community) and speaks Sadri and the Mahli language. She grew up in a household of 10 people, and while Munni and her siblings completed their 12 years of schooling, they could not further their studies as the family was poor and education was not a priority. From a young age, Munni is used to hard work. She worked in farmlands and fetched water from a nearby river for cooking. In her early teens, she even worked in kilns to produce bricks so that she could use the money to buy books and uniforms for school. “My mother did not like me going to school. She preferred that I work so I can bring in extra income. She once threw my books in the rainwater and denied me food but somehow, I persevered and finished schooling. I also passed the school certificate exam,” she said.

Munni married a man of her choice soon after. Luckily, she married into a supportive family and they encouraged her do what she truly wanted – to be an activist and community organiser. “I’ve always loved helping others and was seeking avenues for supporting those in need. I became a human rights activist and began working with the political representatives of the area and brought in many initiatives for community development,” she said. She was also working as a helper on various agricultural and horticultural projects at the Indian Council for Agricultural Research (ICAR) in the Ranchi office. “Several of us women were working there at ICAR as helpers where we are called from time to time, depending on the season. We were involved in training, seeding, weeding and other works to maintain the farms spread across several hectares,” she said.

“While working there, I met the Parinaama Development Foundation team who came to visit the ICAR’s mushroom programme. I was offered a job with the Foundation to train women in mushroom farming. Since I was already involved in community work and keen to support women’s initiatives, I agreed immediately,” she said.

The mushroom farming plant was set up by the Parinaama Development Foundation with support from RYTHM Foundation in Bihar in 2018. Munni began working as the trainer and coordinator at the farm and was later promoted as the resource person for the unit. “The cultivation of oyster mushrooms does not require heavy expenditure such as building infrastructure, purchase of machinery and equipment, raw materials or labour, yet it yields a very good amount of fruit,” she said. Munni who lives with her husband and two sons says that ever since she started working on this project, she has earned the respect of her community. “I am very happy and contented working on this mushroom farming project. I finally got the platform that I was looking for, which is helping the poor and the vulnerable groups. I will continue to support others through this organisation,” she said adding that the opportunity has also given her financial stability.

“This mushroom project has helped many people in the community by providing them with the necessary skills, emotional and moral support, goodwill and a steady income for the women,” she said. The mushroom farm serves as both training and cultivation centre. About 450 women in the area have benefited from the project. Today, about 20 per cent of them are now cultivating mushrooms on their own for their livelihood. 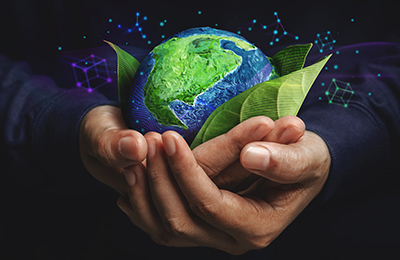